Home For Employers For Brokers For Parents Resources Blog Contact

At Medela, we actively advocate for policies that advance the health and well-being of parents and children. We support legislation like the PUMP Act for Nursing Mothers,  which would strengthen rights at the federal level for working moms, and the recently introduced Access to Donor Milk Act that opens the door for greater awareness and access to breast milk for vulnerable infants. In working with employers to provide lactation support through our Kin program, we know that family-friendly workplace cultures result in happier, healthier and more satisfied employees. Here’s a look at pending legislation impacting breastfeeding parents and where it stands: 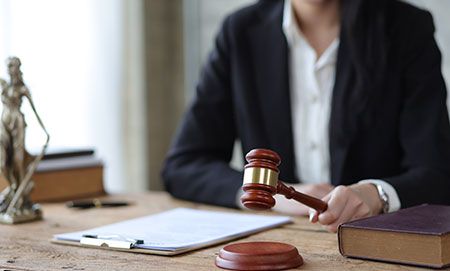 The bill will close a loophole in the 2010 Break Time for Nursing Mothers law, which was part of the Fair Labor Standards Act, that left out a number of working women in several salaried and professional occupations, as well as seasonal and agriculture workers. Today there are nearly 9 million working women who are not protected by federal law and are at the mercy of individual state laws that vary or may not exist at all – or who are subject to whatever policy their employer is willing to offer. The PUMP act is supported by more than 230 organizations, including the U.S. Chamber of Commerce and the National Retail Federation.

Status: The bill passed the House of Representatives with bipartisan support on October 22, 2021, and is currently pending before the U.S. Senate. If the Senate does not act before the end of 2022, the bill will have to be reintroduced in the new Congress and pass both the House and Senate before it can be signed into law by the President.

The Bottles and Breastfeeding Equipment Screening (BABES) Act was signed into law in 2016 and has made it easier for those traveling with breast milk and related equipment to pass through TSA airport checkpoints. However, it’s been recognized that the TSA is not deploying the existing guidelines consistently, causing families to have to abandon pumped breast milk unexpectedly during travel.

In 2022, the BABES Enhancement Act was introduced by a bipartisan group of U.S. House and Senate Members to improve the experience for families traveling with breast milk or infant formula. If passed, this legislation would require TSA to issue updated guidelines to minimize the risk for contamination of any breast milk, baby formula, purified deionized water for infants, and juice, as well as ease the security screening process for ice packs, freezer packs, frozen gel packs and other accessories required to cool these liquids. Traveling parents have enough to manage when they go through TSA checkpoints, and their breastfeeding equipment, supplies and ice packs needed to keep milk cold and unspoiled should not cause delays in their travel. The bill is endorsed by several organizations, including the March of Dimes, the Association of Maternal and Child Health Programs and the American College of Obstetricians and Gynecologists.

Status: Identical bills were introduced in the House and Senate. Neither have passed yet, and are currently pending further action.

Medela is proud to be one of 17 organizations on the ground floor supporting the much-needed legislation, which will expand awareness of donor breast milk and increase federal support for nonprofit milk banks and access to donor milk for medically-vulnerable infants.

Status:  This bill was introduced on October 18, 2022, and awaits further action in the U.S. House of Representatives. As of this posting, a similar bill has not yet been introduced in the Senate.

Introduced in 2021, the Pregnant Workers Fairness Act (PWFA) would ensure that pregnant workers are not forced out of their jobs or denied reasonable accommodations to keep them safe and healthy during pregnancy as well as postpartum.  The bill, which is supported by the U.S. Chamber of Commerce and the Society for Human Resources Management, would require reasonable accommodations for pregnancy, childbirth and related medical conditions, unless they cause undue hardship for the employer.

Today, only 30 states and 5 cities expressly require certain employers to provide some type of accommodations to pregnant and postpartum employees. The PWFA bill will clarify existing law and create a uniform national standard that prevents pregnancy discrimination.

Status:  The bill passed the House of Representatives with bipartisan support on May 14, 2021, and is currently pending before the U.S. Senate. In November, more than five dozen business leaders and celebrities ramped up pressure to schedule a lame-duck vote on the bill before the end of 2022.

This act authorizes all federal child nutrition programs, including the Special Supplemental Nutrition Program for Women, Infants and Children (WIC).  They benefit millions of children and families, especially those living in low-income households. While most are permanently authorized, Congress typically reviews the child nutrition programs every five years through the reauthorization process.

This process is important because it creates the opportunity to update and make needed changes to improve key programs that feed mothers and young children. WIC benefits are a critical resource for growing families, and when it comes to infants under 12 months, that includes providing access to breastfeeding supplies and support.

The proposed new version, known as the Healthy Meals, Healthy Kids Act, would strengthen benefits in a number of ways, including expanding and authorizing $180M in funding for the Breastfeeding Peer Counselor Program. This $90M increase would bolster WIC support staff and ensure that breastfeeding supplies can be purchased with food funds. The act would also extend postpartum eligibility for WIC recipients to two years and extend child eligibility to age six or the start of kindergarten.

Status: At this time, Congress is negotiating an end-of-the year legislative package that is expected to include health provisions.  One of the items under consideration is the Healthy Meals, Healthy Kids Act, which would reauthorize the federal child nutrition programs in a comprehensive, science-driven way.

Medela has signed a letter calling for Congress to pass permanent, nationwide 12-month postpartum Medicaid coverage. According to the letter’s sponsor, the Association of Maternal and Child Health Programs (AMCHP), extending Medicaid coverage from the current requirement of 60 days postpartum to 12 months is critical to lowering the nation’s maternal mortality rate. It would ensure that a mother who gives birth has access to clinical care throughout her baby’s first year of life, supporting her recovery from birth and her choices when it comes to breastfeeding.

Status: AMCHP’s letter was recently delivered to congressional leaders. The letter urges them to include this important Medicaid expansion in the end-of-year legislative package.

As we head into the end of the year, there is potential for some of these acts to pass as part of the last set of bills voted upon by the current Congress. Legislation that does not pass before the 118th Congress convenes on January 3, 2023, must be reintroduced in the new Congress. We’ll be watching these important bills carefully as the year comes to a close.  And as we await the beginning of the new Congress, we’ve already started working with legislators spearheading this important work for moms and their babies in the coming year.