Home For Employers For Brokers For Parents Resources Contact 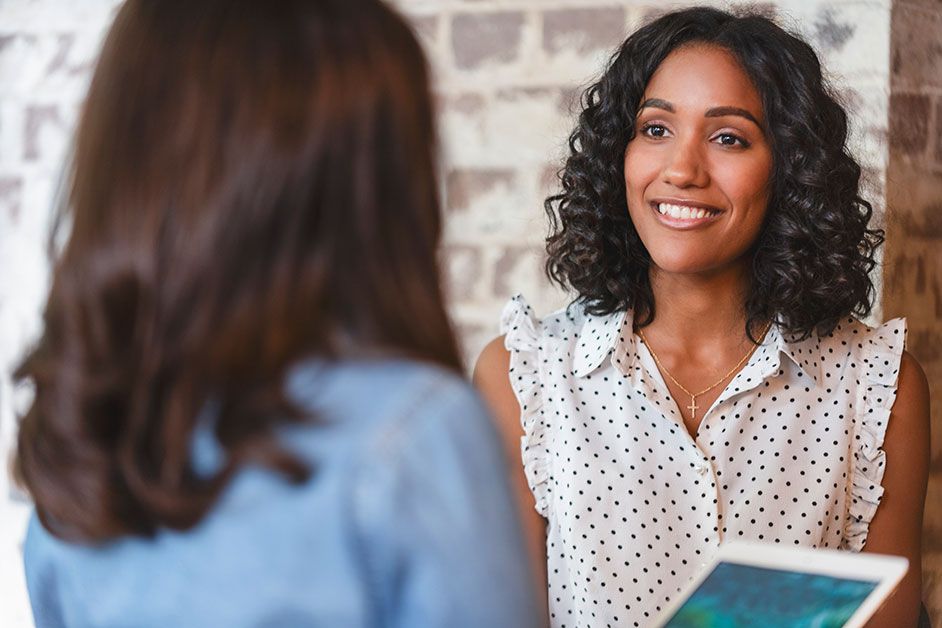 The following highlights some of the key benefits a diverse workforce brings to an organization:

A 2018 McKinsey report looked at companies with diverse management teams and found that, on average, they enjoyed a 19% increase in revenue compared to their less diverse counterparts. Not only is it beneficial to have diverse employees and management, but the reports reveals that 43% of companies with diverse boards also noticed significantly higher profits.²

Glassdoor's 2020 Diversity Hiring Survey revealed that more than 3 out of 4 job seekers and employees (76%) report that a diverse workforce is an important factor when evaluating companies and job offers. The report also showed that having a diverse workforce is particularly important to underrepresented groups: Nearly a third of employees and job seekers (32%) would not apply to a job at a company where there is a lack of diversity among its workforce.

According to a 2019 McKinsey/LeanIn report, 87% of companies are highly committed to gender diversity, compared to just 56% percent in 2012. The report notes that employees universally value opportunity and fairness. Across demographic groups, when employees feel they have equal opportunity for advancement and think the system is fair, they are happier with their career, plan to stay at their company longer, and are more likely to recommend it as a great place to work.³

Since 2015, the number of women in senior leadership has grown, albeit slower than we would like to see. In the C-suite, representation of women has increased from 17% to 21%. Although nearly 1 in 5 C-suite executives is a woman, only 1 in 25 is a woman of color. According to the McKinsey report, “a more diverse workforce will naturally lead to a more inclusive culture. And when a company’s culture feels fair and inclusive, women and underrepresented groups are happier and more likely to thrive.”

Research from the Harvard Business Review determined that working on a team with people who are different from you may challenge your brain to overcome its “stale ways of thinking and sharpen its performance” and help make smarter decisions. In fact, the study showed that people from diverse backgrounds might actually alter the behavior of a group’s social majority in ways that lead to improved and more accurate group thinking.⁴

Researchers were also able to measure the quality of decision making by teams based on the gender, age range and geographic location of team members, and found that as the diversity of teams increased so did the chance of making better decisions. In fact, the most diverse teams made better decisions 87% of the time.⁵

In a recent report by Willis Towers Watson, increased gender diversity and opportunities for women to move up the career ladder were shown to have a positive overall impact on employee engagement and employer-favorability ratings.⁶

Large and small organizations are all learning they need to begin supporting working women as an important business strategy. To help make the case, recent research has proven that when women make up more than one-third of promotions at a company, workers gave higher favorability scores in a variety of areas, such as teamwork, performance evaluation, retention, company image and senior leadership.⁶

Organizations also understand that engaged employees are more likely to remain with a company. In a Gallup study of employee engagement, they found that just 30% of U.S. workers were engaged, which they say demonstrates a clear link between poor managing and a nation of “checked out” employees. As they reviewed over four decades of research, including the analysis of 27 million employees' responses, female managers outperformed their male counterparts when it came to driving employee engagement.⁷ In fact, 91% of working Americans from a recent survey said mothers bring unique skills, like communication, multitasking, and remaining calm under fire to leadership, that others don’t.⁸

Racial and gender diversity is important to organizations and a big part of achieving diversity is the hiring and advancement of women. Female workers are important contributors and companies need to embrace their talents and utilize their strengths to create a more successful business.

1. Census Bureau. Improved Race and Ethnicity Measures Reveal U.S. Population Is Much More Multiracial (census.gov)
2. McKinsey & Co. Delivering Through Diversity, 2018
3. McKinsey and Co/LeanIn.org: Women in the Workplace, 2019
4. Harvard Business Review: Why Diverse Teams Are Smarter, Nov 2016
5. Cloverpop: Hacking Diversity with Inclusive Decision Making
6. HRExecutive.com: Why More Women in the WOrkForce is a Win-Win for Employers
7. Employee Engagement on the Rise in the U.S. (gallup.com)
8. SHRM. Employees Can Benefit from Working Mothers’ Leadership Skills, May 2019