Learn what we’re doing about the formula & donor milk shortage – and how you can help.
We use essential and functional cookies, which are necessary to display our website correctly, and additional cookies to provide you with more personalized information and marketing. Additionally, we use anonymized analytics cookies to review our traffic and to allow the best experience possible whenever you visit. We also share the anonymized information about your use of our site with analytics partners. For more information please visit our Human Milk Website Privacy & Cookie Policy.

Making the decision to breastfeed is amazing. But, every journey is different, and none are perfect. Joy shares her experiences in her own words.

Making the decision to feed your baby breast milk, in whatever way and for whatever length of time you choose, is amazing. But, every breastfeeding journey is different, and none are perfect. In this ‘Notes From A New Breastfeeding Mom,’ first-time mother Joy shares her experiences in her own words. Her journey, like other moms’, has its flaws and challenges, but it is a real glimpse into the perfectly imperfect experience of breastfeeding. Read Joy’s post Why Yes, That is a Makeshift-Refrigerated Suitcase I’m Carrying.

Oh No, I Did Not Sign Up to be a Chew Toy

I never had the infamous sore nipples. No cracking. No blistering. No real issues.

Yes, I know I was lucky, but I actually think it had more to do with having a friend who’s a labor and delivery nurse than anything. She truly helped me out a lot.

For my baby shower, she gave me a boob-inspired gift bag of everything I needed to help me get through breastfeeding. It was packed full of the things you immediately think of, but in addition, it had a couple little unknown gems in there. She also had little tidbits of insider advice on each item.

One of the first things that grabbed my attention was the lanolin ointment. As a never-before breastfeeding mom, I had no idea what it was or what it does.

But according to my friend’s handwritten note, I was supposed to “Use it religiously!” and “Apply it to the inside of the flanges before I pump.”

From day one…even in those first couple days in which I had no idea what I was doing, I slathered on the lanolin ointment. Gobs of it.

Now I don’t know if that was the reason my nips were spared or if it was just luck, but either way I’m thankful. If I’d had chapped nipples on top of my many battles with clogged ducts, mastitis and everything else, I honestly don’t know if I could have kept breastfeeding and pumping.

But alas, I’m still a breastfeeding mom, and my nipples are soft, moisturized, pain free.

Besides being stretched beyond their intended length every time my son Grant decides he wants to see how far he can wiggle away from me while still being latched, things are good.

At first, it wasn’t that bad. I got “caught” a couple times. He was nursing…his teeth just grazed my soft, delicate nipple. It was honestly more of a shock than anything, like a really bad hangnail getting caught on a piece of clothing.

Don’t get me wrong, it was not pleasant, but it wasn’t life changing either. It just made me tense up a bit while I nursed.

Luckily, yet slowly, Grant started to grasp the fact that he had these new teeth in his mouth. He was more aware of them…I guess…so he didn’t “catch” on me anymore.

As days went by, he nursed. I started to relax, again. Life was normal. I was once again a master at breastfeeding half asleep. Nodding off here and there as Grant filled his belly at 2a.m.

I swear a shark was attacking me. Grant was locked down. Six teeth tearing into poor little lefty. He was like a dog with a chew toy, and he wasn’t planning on giving up on that chew toy anytime soon.

Now, I don’t actually recall me opening my mouth to scream. I don’t remember the scream coming out of my mouth. But I will never forget the look on my husband’s face as he was running into the nursery to see what kind of nightmare he was coming upon.

As my fingers tried to pry open Grant’s tiny little mouth, the tears flowed down my cheeks. And while it makes complete sense (when you’re not half asleep and in intense pain) to keep a baby close to you while it’s holding your nipple in his mouth, my instinct was to push him away.

Of course, that just added to the pain.

I don’t know what I did to make him mad, but man he was letting me know. So I did the only thing I knew to do. I handed my son to my husband, and I went to bed.

Technically, I stopped by the fridge for an ice pack, but then I went to bed where I tended to my physical and emotional wounds.

While the physical pain hurt, I was amazed how much I was emotional hurt as well. Maybe it was because I felt he was rejecting me. Maybe it was because I know this is just the first of the thousands upon thousands of times my son will do something that hurts me. Or maybe it’s because Grant still isn’t sleeping through the night and my pregnancy hormones are still on high alert.

Whatever the reason, it hurt my heart—and lefty. Let’s not forget about lefty’s pain.

The next morning, I did what I always do. I picked Grant up from the crib, kissed his forehead and fed him, but this time I fed him by a bottle.

I needed time. I wasn’t ready to be hurt like that again (not physically or emotionally).

I needed to take care of myself. I forget that a lot.

As breastfeeding moms, we do that a lot I think. We’re so worried about producing enough, pumping regularly, avoiding the pitfalls and everything else that goes into providing milk for our kiddos that we don’t take care of ourselves.

So that morning and for a couple days later, I didn’t let Grant nurse. We bottle-fed and, we all lived.

But I did miss the bonding aspect. So, at my pace I started nursing again.

These days, I never do it when I know he’s really hungry or really fussy. I’m still tense, but we’re working through it. And when I start to feel vampire baby come out, I blow in his face. It’s not a perfect situation but it is just enough to catch him off guard and save me from another (physical or emotional) scar. 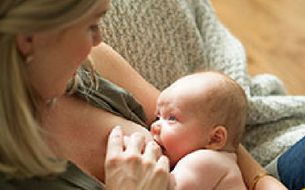 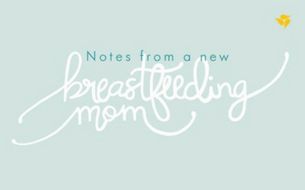 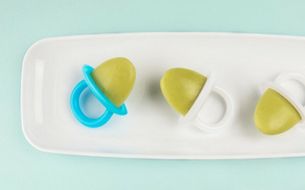 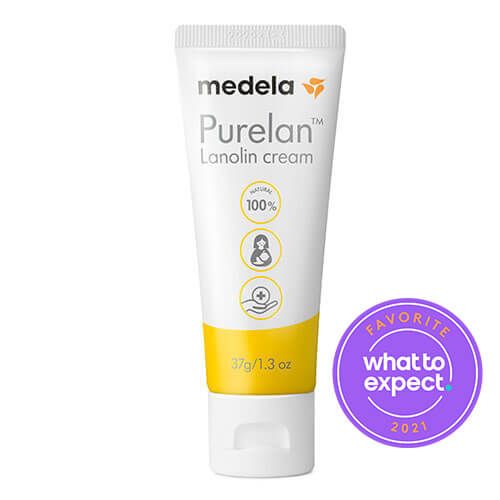 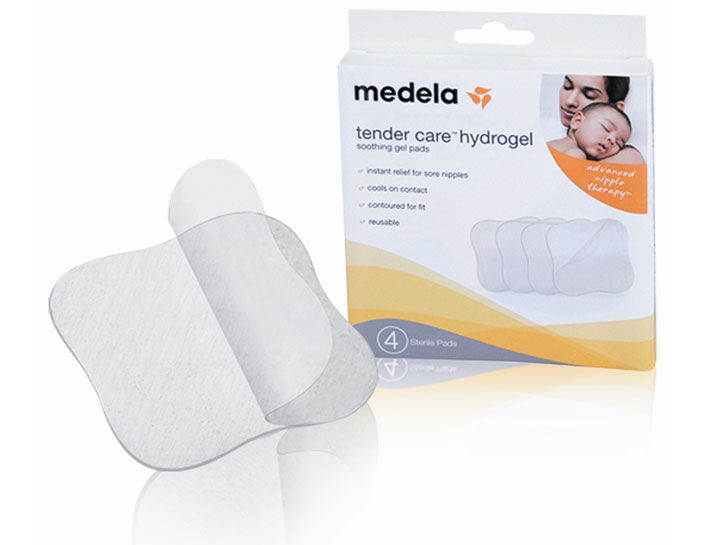